Two families of butchers and prosciutto-makers, called Testa and Molinaro, launched their activity in 1941, more than half a century ago; their precious legacy is now being passed on by the Fantinel family which strives day after day to safeguard the symbol of Friuli’s gastronomy: PDO San Daniele ham. The keepers of this tradition and artisan craft operate in the middle of the region Friuli, in San Daniele, characterised by a flourishing nature, the presence of mountains and sea and a one-of-a-kind microclimate. Cold air flows from the Alps meet here with the damp and warm air flows from the Adriatic Sea, creating the perfect conditions to age hams in a natural way. The Fantinel family has always aimed at preserving those values passed down from generation to generation, at reflecting the territory and growing; this led to the development of the Testa & Molinaro company which now includes two modern facilities, where the most advanced technologies operate alongside artisans to create incredible flavours.

The first step of production of PDO San Daniele prosciutto by Testa & Molinaro entails taking care of animals on a daily basis during their growth. Animals are fed with a natural GMO-free diet to achieve a higher quality meat. Only the best animals are selected within a controlled production chain. Then there is a lot of waiting to do; as a matter of fact, the company follows the natural cycle of seasons. After having selected raw materials, the salting process takes places and hams are left to rest in well-ventilated rooms for long periods of time. The hams age for more than 13 months to preserve their aromas and get that sweetness which is a signature feature of PDO San Daniele dry-cured hams. Hams are then branded with the consortium seal.

Ham meat is pink, sweet and fragrant. Testa & Molinaro created two selections of San Daniele ham: ‘Alta Salumeria’ and ‘Trentalune’ selections. ‘Alta Salumeria’ PDO San Daniele dry-cured hams are left to age from 14 to 17 months; they have an enveloping, soft and delicate taste. Hams belonging to the ‘Trentalune’ selection age between 18 to 20 months, following the moon’s cycles which were very important in ancient peasant practices. Meats are compact and tender and their flavour will satisfy even the most demanding palates. 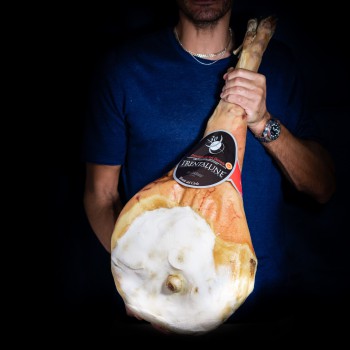 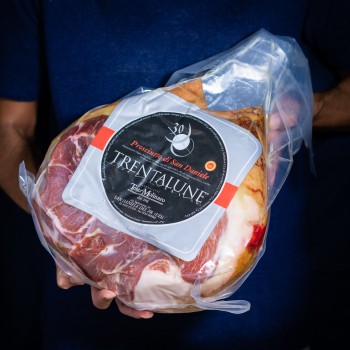 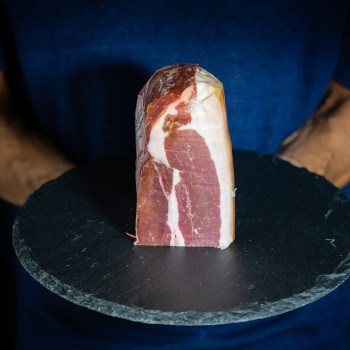