Cured meats and delicacies from Trentino

Corrà Brothers’ company was founded in 1850 in Smarano in the Non Valley, a small village at almost 1000 meters altitude. The Corrà Brothers never moved from here, carrying on a passion that turned into a successful company over the years. We’re at the fifth generation of butchers, for the oldest production of cured meats in Trentino.

The Corrà Brothers have a butchery and transform the local beef and pork in typical mountain cured meats on their own, that’s what makes the difference. We are at the highest level of control over the supply chain. The same attention is paid to all the raw materials, from meat to flour, from cheeses to herbs used to cook traditional Trentino specialties of the highest level.

The most important branch of production comes from cured meats. Quality, tradition and craftsmanship are the watchwords for products that are true sensory experiences, capable of transporting us to the top of the Dolomites with their taste. It’s right here that we found the most representative and typical cured meats of the territory. A prime example is the smoked “mortandela”, that has nothing to do with the almost identically-called one of Bologna (the “mortadella”) and best represents the local gastronomic culture.

And what kind of Trentino would it be without polenta flour? Don’t worry, we have selected a flour that is the end of the world. A mix of maize and buckwheat flour for a “Taragna” polenta flour that would warm even the coldest winters. The attachment to the territory is very strong: the Corrà Brothers only use flour ground in Trentino, in traditional stone mills.

And to enjoy the intense mountain flavors, the real “canederli” dumplings from Trentino are here for you. Vacuum-packed to keep all flavors intact, they’re an explosion of goodness! In broth or with butter and sage, prepare yourself for an intense and enveloping taste. The true flavor of tradition. 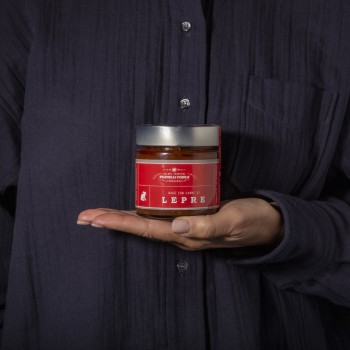 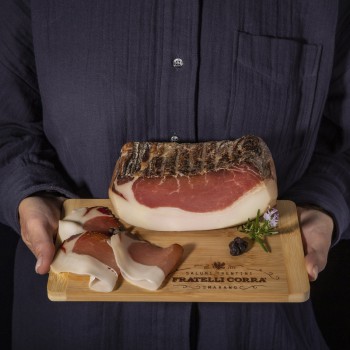 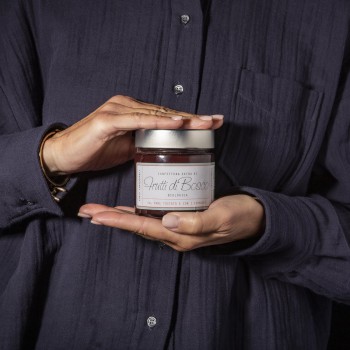 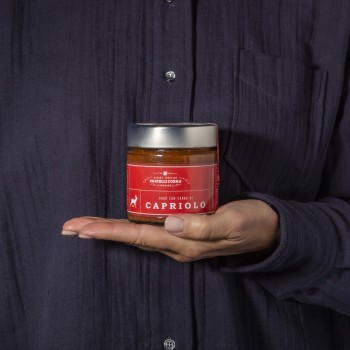 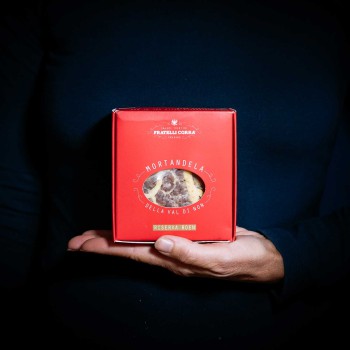 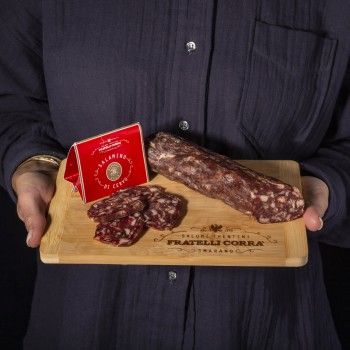 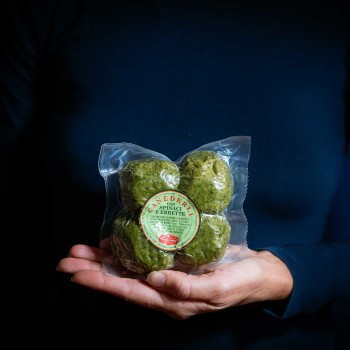 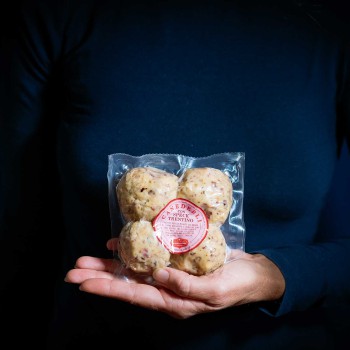 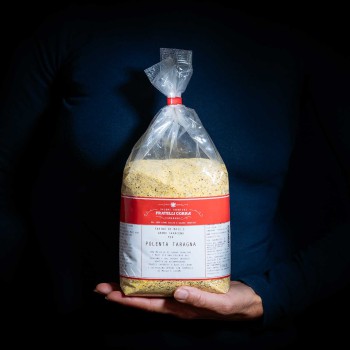