‘NDUJA FROM SPILINGA: HISTORY AND SECRETS

Calabrian ‘Nduja is the culinary specialty which best represents the region of Calabria. Sure, there are many other excellent Calabrian specialties, but the ‘Nduja spreadable salami holds a special place in people’s heart, so much so that, although it is a local product, ‘Nduja is exported everywhere in the world and eaten by Italian families on a daily basis. Let’s discover some facts about this cold cut, starting from its production area.

Handmade ‘Nduja from Spilinga: the one and only

‘Nduja is not protected by any official designations of origin or geographical indications, but the original ‘Nduja sausage from Calabria is the ‘Nduja from Spilinga.

Spilinga is located in the province of Vibo Valentia, close to the wonderful Tropea coastline and the Coast of the Gods. The best red hot chilli pepper used for ‘Nduja is produced in the Poro mount, towering above the sea.

This small municipality is deeply tied to the production of ‘Nduja, so much that Spilinga is called ‘The city of ‘Nduja’. On the 8th of August this cold cut is celebrated all around the city in one of the most ancient country festivals of Calabria.

‘Nduja was first created as a peasant’s dish, when farmers were looking for a way to use all the pork cuts that were discarded after slaughtering. As a matter of fact, the original recipe of ‘Nduja is very different from today’s recipe, just like many other cold cuts and cured meats born in peasants’ kitchen, which are now coveted by the greatest chefs in the world. 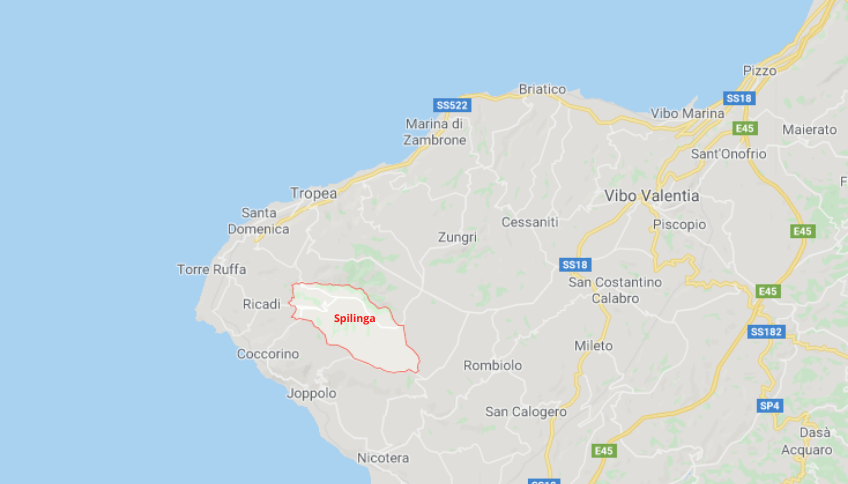 How is the Calabrian ‘Nduja made?

As we just said, ‘Nduja used to be made from the less refined pork cuts. Farmers would give landowners the best pork cuts and would make ‘Nduja from what was left, i.e. stomach, spleen, head, fat and lungs. It’s clear why a lot of red hot chilli pepper and salt was added: to preserve and soften the sometimes intense taste of these meat cuts.

As Luigi Caccamo, the real ‘Nduja craftsman (as his company is called) says, farmers used to make two ‘Nduja balls, called orba. One ball was always kept within reach and added to pasta or bread; the second ball made for a ‘special gift’ for important occasions.

Today ‘Nduja is made from more refined pork cuts, such as pork fatback, jowl and belly, which are mixed with salt and red hot chilli pepper. The mixture is then filled by hand in natural casings of different sizes, trying to avoid forming air bubbles which would jeopardise the quality of the product. Orba is the bigger size, which weighs around two kg, while the small format, weighing around 500g, is called crespone.

Once it has been filled in casings, the Calabrian ‘Nduja is slightly smoked in a natural way; then it is left to age for three to six months, depending on its size. The aging process obviously takes place in proper, fresh and hygienic rooms. The ‘Nduja craftsman guarantees top quality and monitoring.

The role of red hot chilli pepper in Calabrian cuisine

The red hot chilli pepper called ‘Tri Pizzi’ is cultivated on the Poro mount; it is a native variety with a three-point fruit whose spicy and scented flavour is perfect for ‘Nduja. This very small production chain is paramount.

How to preserve ‘Nduja?

This is a pretty common question with a relatively easy answer: how to preserve ‘Nduja? Let’s start by saying that given the high content of red hot chilli pepper and salt, there is a very low risk of spoilage. Even if the original ‘Nduja does not contain any artificial preservatives, the ‘Nduja’s environment is inhospitable to bacteria.

In the past this cold cut used to be left laying around the kitchen counter, even during the hot summers in Calabria. However, the best way to preserve ‘Nduja is storing it in the fridge. If you purchase the ‘Crespone’ (the 500g ‘Nduja) and you have a vacuum sealer, we suggest portioning it and opening the little packages one by one as you eat them; otherwise just wrap it in food film.

Another option for whoever does not eat large quantities of ‘Nduja and wishes to have a product with a longer shelf life, is the ‘Nduja packed in pasteurised glass jars. These jars have a very long shelf life and can be kept in the fridge after opening.

How to eat and how to pair ‘Nduja?

Let’s tackle a more interesting topic for us foodies. Since ‘Nduja is a soft cold cut, it can be spread on bruschetta or on hot homemade pizza. Not everyone knows that it can also be added to a garlic, olive oil and red hot chilli pepper sauce for an incredibly delicious pasta dish; just add a teaspoon of ‘Nduja to the sizzling sauce and it’s done.

It also tastes delicious paired with cheeses; make sure to choose semi-aged cheeses, otherwise the ‘Nduja could completely cover the flavour of more delicate cheeses. In Calabria they also like to pair it with beans.

Here is a list of our favourite combinations with ‘Nduja sausage: 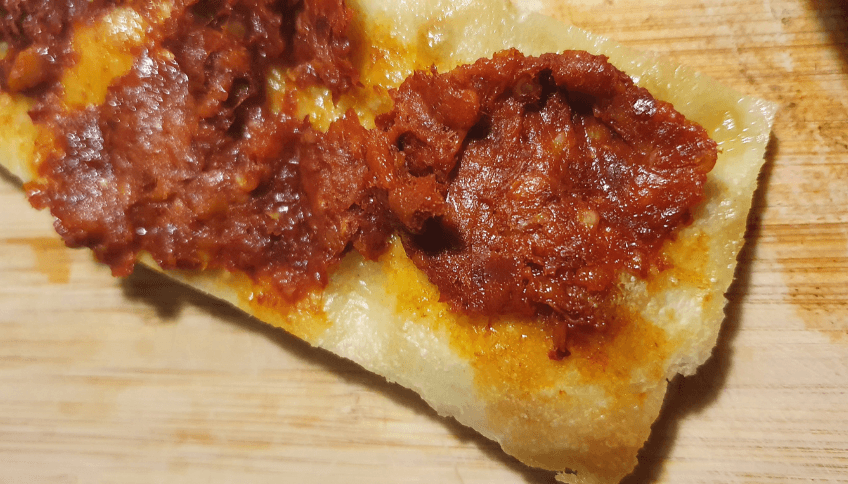 Why is it called 'Nduja?

We have already talked about how and where the ‘Nduja is made, how to eat it, how to preserve it; now let’s unveil the mystery surrounding its name: why is it called ‘Nduja? How do you pronounce it?

Many people suggest that this term has French origins. It would come from andouille, a sausage made from entrails which once looked like the Calabrian product, but doesn’t anymore. It was probably Gioacchino Murat, who spent the last years of his life in the Pizzo Calabro’s castle, or a Paris Sorbonne University professor, who came back to Calabria and inspired local artisans; the name changed over the course of the years to ‘Nduja.

Let’s finish off with a curious fact about its pronunciation: although people usually pronounce it as [nˈduːja], in Spilinga people actually called it [‘nduʒa], like the second soft g of the word ‘garage’.