Today a point of reference in Italy and in many countries around the world for the production of quality mushrooms, truffles and typical products of the Piedmontese tradition, INAUDI boasts, as often happens in the best examples of successful entrepreneurs, a history made of family roots, courage, intuitions, perseverance and love for quality. The story begins in 1929 when Inaudi Michele, Clemente's father, obtains a license to open a small grocery store in Busca in the province of Cuneo.

With the arrival of the World War Michele interrupted his commercial activity and left for Africa, he stayed for some years and on his return, after the First World War, he reopened the same grocery store that he led with his wife and children Giovanni and Clemente.
The family was involved in the sale of food in general, and in the harvesting seasons the activity was concentrated in the purchase and sale of fresh mushrooms, until it became in the 50s and 60s, a reference point for the precious fruit of the forest ... the Porcini mushroom. The company, officially established in 1971 in Borgo San Dalmazzo by Clemente Inaudi and his wife Irma, quickly became the quality brand for fresh mushrooms, dried and processed in oil, fresh and preserved truffles and many other typical gastronomic specialties such as creams, sauces and condiments, appetizers, special pasta etc.. Product symbol: "THE TARTUFF". (cream concentrated with Porcini mushrooms and Alba White Truffle) of which the company was the first repository of its trademark registered in Italy. at the beginning of the eighties, the first Inaudi store was opened in Borgo San Dalmazzo, followed by that of Alba in 1996, "I Piaceri del Gusto", the first "enolibreria" of the area, which anticipates the combination of food and culture that will become a strong trend in the years to come and, in 1998, a third store in the heart of Cuneo. Today, their children Emiliano and Davide run the family business continuing to pursue the same principles and the same policy oriented to the highest product quality and customer satisfaction. 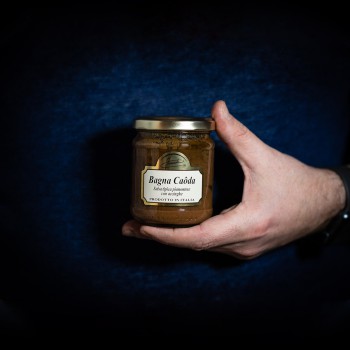 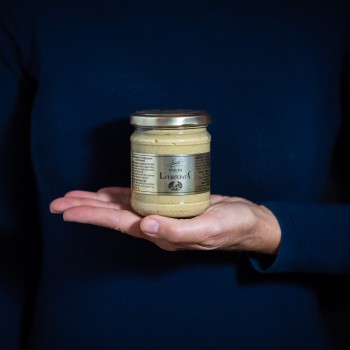 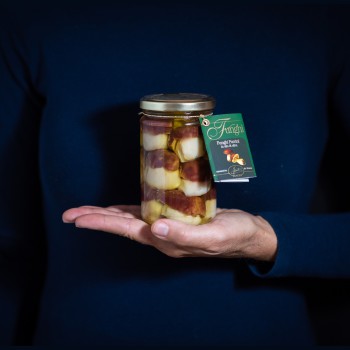 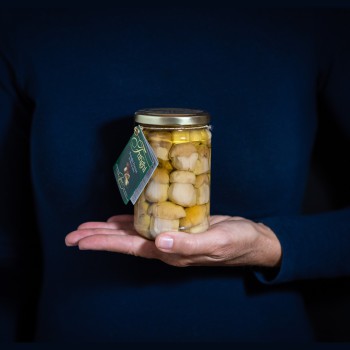 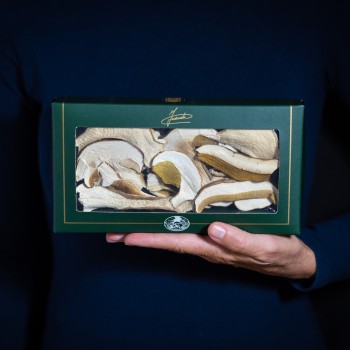