The Rivoltini company has always been renowned for their nougat, an Italian traditional confection. The Rivoltini nougat was first created in 1930 in Vescovato, in the province of Cremona, the homeland of nougat. Esilio, together with his sons Guido and Attilio, started producing this confection with almonds and honey, and quickly gained popularity in the region. In the 40s many inhabitants of Vescovato, including many women, were employed in the production of nougat which, within 10 years, gained popularity all over Italy. Guido’s son Vincenzo also joined the company and fostered a greater innovation. Thanks to the newer generations, the company expanded and in the 2000 it entered the European market, reaching every main European and American country by 2015; however, the original nougat recipe has never been changed.

As a matter of fact, the company still makes nougat like they used to back in the days: the recipe is still the original one dating back to 1441, when nougat was first served at the wedding of Bianca Maria Visconti and Francesco Sforza. The mixture is cooked in a traditional steam boiler at 70 °C and then is cooked for a second time for 11 hours. Once taken out, the mixture is left to rest in beech wood moulds for 20 minutes and then it is packaged by hand. In order to obtain an outstanding flavour, the nougat ages for three months in cellars at a low temperature and with a controlled humidity level.

The Rivoltini company offers original nougat, nougat with slightly roasted, unpeeled, whole almonds, nougat with a variety of honey types and so much more. Based on this recipe, the company has developed an assortment of soft nougats and nougats with refined ingredients, such as very fine chocolate or fruit. Tradition and modernity meet here in a delicious sweet mouthful. 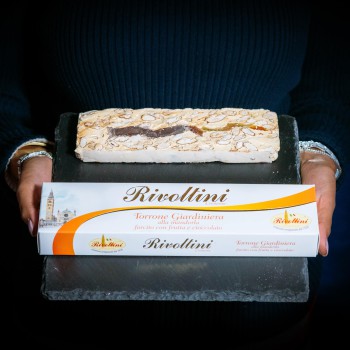 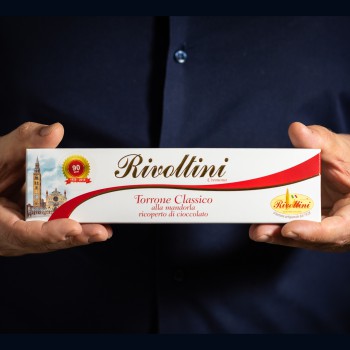 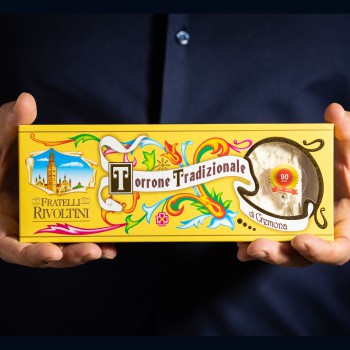 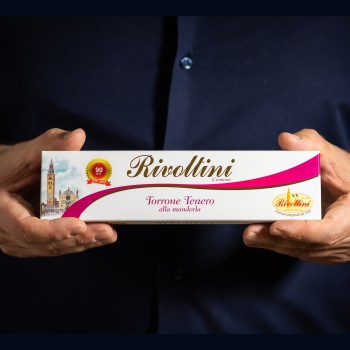