A tour in Lazio to discover the true Pecorino

Would you like to discover the wonders of Lazio? No, I’m not talking about art, museums or historical buildings, today we’ll admire other wonders, those of the table.

Between the Ager Romanus territory - the rural area that embraces the capital - and the north-east area of Rome near the border with Abruzzo we will encounter two absolute delicacies, Pecorino Romano cheese and Pecorino cheese from Amatrice.

Pecorino Romano cheese is much more famous, also thanks to its PDO recognition and the vast production distributed between Lazio, Sardinia and the province of Grosseto. Pecorino cheese from Amatrice is not so easy to find but it’s the one and only cheese for Amatriciana pasta, no matter what owners and restaurateurs from the Capital say.

But what is the story of these cheeses? How are they produced? What are the differences in taste? Let’s clarify: we don’t want to decide which one of the two is the best, and even if we wanted to it would be impossible.

Because Pecorino Romano cheese and Pecorino cheese from Amatrice are two very different products, but exactly identical in terms of quality, goodness and tradition.

PDO Pecorino Romano, a cheese that made history

Let’s start with some numbers: in the last production year (October 2020 to July 2021) more than 34,000 tons of PDO Pecorino Romano cheese were produced, 10% more than the previous year.

It is an ancient cheese, which has made history: Virgil tells us that the legionaries of the Roman army had a ration of one ounce (27 grams) during the campaigns of conquest of the provinces that would later constitute the Roman Empire.

Pecorino Romano cheese is a full-fat cheese with cooked curd, made from whole ewe’s milk. It is salted dry or in brine and matures at least five months, but it may also exceed eight months when it comes to wheels used for grating.

The rind is very thin, the paste is compact and full of tiny holes, it is more and more friable with the lengthening of the seasoning. With a weight that can reach 30 kilos, these shapes are a real vision.

Recipes and combinations between the classic and the original

For more creative recipes: zucchini stuffed with ricotta and Pecorino Romano cheese, don’t to forget some mint because it goes perfectly with it. You can add it in omelet rolls, savory pies, quiches and casseroles. 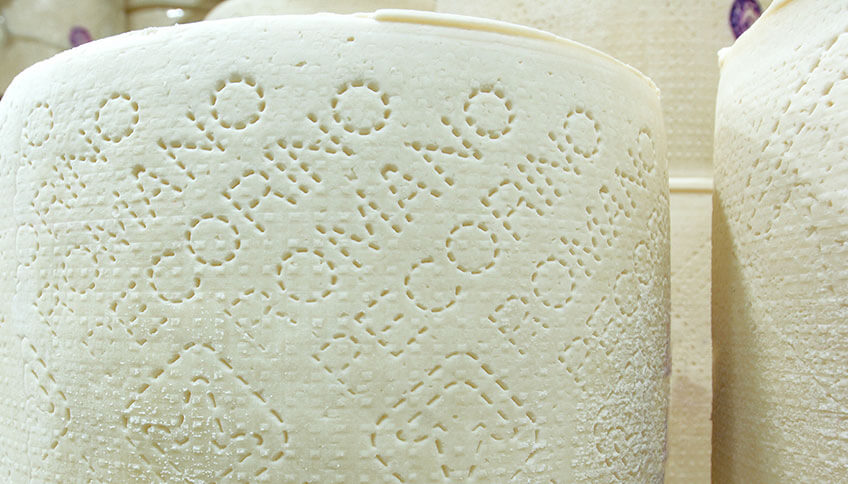 Pecorino cheese from Amatrice, all the goodness of a territory

Pecorino cheese from Amatrice holds an indissoluble bond with its original territory. It is part of the TAP (Traditional Agri-food Products) products and it’s exclusively produced in the province of Rieti and the Amatrice territory.

It is a whole sheep’s milk, full-fat, hard, compact, crumbly, straw-coloured kind of cheese. The crust is hard, oily, much darker than the inside.

The wheels are quite small, they go from 2 to 3 kilos. They are stewed and salted in brine, and then treated on the surface with oil and vinegar. The seasoning goes from six months to a year, for a product with an increasingly strong taste and spicyness.

The scent is simply unmistakable. Without taking anything away from Pecorino Romano cheese, mind you, but here you can perfectly perceive all the vegetal scents of the pastures.

Compared to Pecorino Romano cheese, it has a softer and less invasive taste, less savory and slightly spicy. They may get confused – probably because of the recipes they share and are contended for - but let’s be honest, the taste is completely different.

Pecorino cheese from Amatrice at the table

Loud and clear: Amatriciana pasta only demands Pecorino cheese from Amatrice. Of course, if you put a good PDO Pecorino Romano cheese you’ll still have an exceptional dish, but know that, technically, it would be historically inaccurate.

But it’s not over, with Pecorino cheese from Amatrice you can prepare many tasty dishes that are not too intrusive on the palate. How about a nice arugula and almond pesto?

You can also try it on baked pasta, artichoke risotto, in flans or as an additional ingredient for shortcrust pastry. In short, with such a product, you really need very little imagination to create truly memorable dishes.

For both Pecorino Romano cheese and Pecorino cheese from Amatrice, we from Italy Bite had no doubt and have entrusted ourselves to Caseus Amatrice by the Petrucci Brothers from Rieti.

The dairy farm is located within the Gran Sasso and Monti della Laga National Park, in a pristine environment and surrounded by the most lush nature, between the woods and the Tronto river, 1000 meters above sea level.

The milk only comes from the nearby pastures and is processed within 24 hours from milking, for the agingprocess there are Etruscan-Roman tuff caves from the first century B.C.

Pecorino Romano cheese and Pecorino cheese from Amatrice are, as we saw, two exceptional cheeses, different in taste but equal in importance in the immense Italian dairy scene.

That’s right, because these are the cheeses that have made the history of Italian cuisine: “gricia”, “cacio e pepe”, “amatriciana” and much more. Undecided about which one is your favourite? Listen to the experts: don’t choose just one, enjoy them both!