Raw milk means milk which does not undergo any heat treatment prior to becoming cheese. According to Slow Food, cheeses made from this type of milk, i.e. raw milk Italian cheeses, are the only ones that preserve an invisible bacterial biodiversity, a great treasure that makes these culinary products truly unique.

What do we mean by raw milk?

Raw milk has just been milked and as it squirts out of the cow’s udder, it is completely sterile at a temperature of 37°. Bacteria start proliferating as soon as they come into contact with environment and air. However, taking all due precautions, as we’ll mention later on, these contaminations are not dangerous, but they merely represent microbiological characteristics which are essential to produce such delicious cheeses.

Raw, filtered milk which has not been heat-treated in any way, is very rich in vitamins (especially A, C and D), proteins and fats, which can vary according to the type of animal the milk comes from. This type of milk is also a great source of calcium and iron. Because of the lack of heat treatment, raw milk must come from farms giving highest priority to hygiene standards and animal well-being.

But that’s not all. When dairymen make raw-milk cheeses, they must process milk shortly after milking in facilities close to the farms. A very virtuous circle is set in motion; that’s why many dairies choose to always work with the same trustworthy farms, once they get to know their husbandry standards for cows, sheep and goats.

Before explaining in detail how raw milk cheeses are made, it is important to understand the difference between raw milk, pasteurised milk and thermised milk. We have already talked about raw milk, so let’s go on with the other milk types.

Pasteurised milk, unlike raw milk, is treated using heated plates at around 80° for a few seconds right after milking. Then it is quickly cooled down, so that all germs die, while some bacteria survive. Even though a part of the bacterial flora survives, pasteurised milk cheeses need the addition of enzymes - also called starter cultures - for the fermentation process.

Another alternative to pasteurisation is thermisation. Many dairies use thermised milk, such as Deroma for its PDO Pecorino romano. This fresh milk is heated right after milking to a temperature up to 68° for a shorter period of time than pasteurised milk. It is thus a more delicate heat treatment: a greater part of bacterial flora is preserved than in the case of pasteurised milk, but not all potentially pathogenic germs are eliminated.

We have talked about the different treatments that milk undergoes before becoming cheese. Now let’s talk about how raw milk cheeses are made.

The law requires raw milk cheeses to clearly state on the label the type of milk employed for their production, only if said cheeses age for less than 60 days; cheeses aged over 60 days pose no health risk anymore.

We think that raw milk always represents an added value for cheeses, so including raw milk in the ingredient list should be source of pride; however, far too many people still see unpasteurised milk as unsafe - and wrongly so, especially when the dairy is certified and guarantees high-quality products and safe processing methods.

As a matter of fact, artisan cheese production and industrial cheese production employ different types of milk. Industrial dairies never use raw milk, since it requires a lot of manual labour and a completely different logistics. On the contrary, many artisan producers also use pasteurised milk, depending on the ripening period and the cheese type one wishes to produce.

An excellent cheese among all raw milk Italian cheeses is cheese made from alpine pasture. This type of cheese is made in the mountains, over 1,600 m above sea level. Up there, animals graze freely and are milked without needing to descend to the valley; even the milk is transformed into cheese at high altitude. Cows graze on forages and a rich variety of plants which give the milk incredible scents; these scents are then released each time you bite into one of these cheeses. One perfect example is Castelmagno d’Alpeggio by La Meiro: the environment where the cows are located and the plants the cows graze on influence greatly the cheese which each summer has different unique flavour nuances. 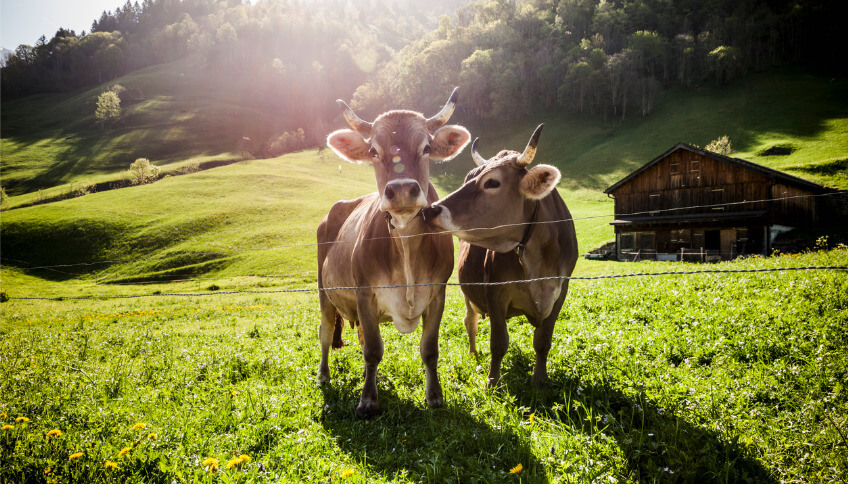 It could not be truer that handmade Italian cheeses reflect a territory, a pasture, a breed as well as animal rearing methods. Each cheese has its own authentic flavour - a diversity which industrial cheeses will never attain.

Raw milk cheese production does not entail the use of industrial enzymes, that’s why they are called ‘natural’ cheeses: they are only made from milk, salt and rennet. Fermentation occurs naturally thanks to the unaltered bacterial flora; this can be seen in the signature irregular eyes that many unpasteurised milk cheeses with short-medium maturation display. This process perfectly preserves the aromatic structure of the cheese and gives a unique and intense flavour differing according to the production area.

What are some Italian raw milk cheeses? The list is quite long and luckily, many of the cheeses were recognised as protected designations of origin. However, we have selected some rare delicacies which will surely delight your palate.

Here are some of them:

One little clarification is overdue: raw milk cheeses are not all raw paste cheeses. When we are talking about cheese paste, we are referring to different cooking processes and features. 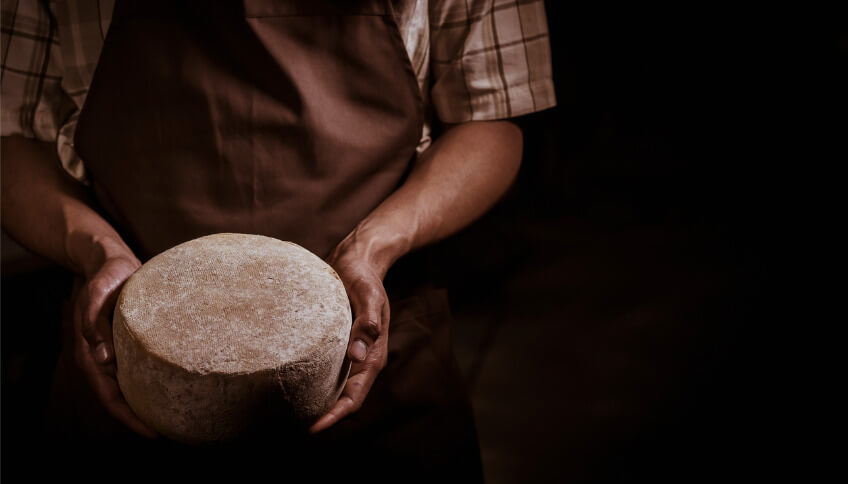 Are raw milk cheeses safe to eat? Even during pregnancy?

The main risk factor associated with raw milk cheeses is the presence of bacteria, which are completely eliminated by pasteurisation heat treatments. However, it is that particular bacterial flora contained in the milk produced in a specific territory that gives an unmistakable flavour to the milk and consequently to the cheese. It is important that cheeses undergo proper processing and that dairies are fully transparent, making customers aware of the whole production chain.

A raw milk Italian cheese which has matured in healthy settings dries well and a dry environment is not prone to the development of bacteria, making the risk decrease. Moreover, if the cheese ages for more than 2 months, the risk is non-existing.

However, as a mother myself, I know that during pregnancy we have a ton of questions about potentially dangerous foods which should therefore be avoided. So we ask ourselves: can we eat raw milk cheeses during pregnancy?

Certified and virtuous dairies producing raw milk cheeses are thoroughly controlled and must stick to the HACCP self-checking system. Rearing farms are monitored, animals must be clean and healthy, and milk must be used in certain ways, as specified above. A maturation period over sixty days is the final safety guarantee; that’s why during pregnancy it would be best to eat raw milk semi-mature and mature cheeses and avoid fresh ones. Not eating raw milk cheeses altogether during pregnancy would mean depriving oneself of refined cheeses, such as the PDO Parmigiano Reggiano cheese, extremely rich in noble proteins, calcium, iron and folic acid.