Today’s topic is ancient wheat flour. There are many kinds, since wheat’s world is vast and complex, made of many different varieties.

The Triticum durum – scientific name of the wheat – is an incredibly ancient cereal that has played an essential role in the evolution of mankind.

Remember the Fertile Crescent, the Tigris and Euphrates rivers? That’s exactly where the cultivation of wheat pushed the first groups of people – we’re talkind about 7000 a.C. – to create a network of irrigation channels.

Then walls to defend the harvest, armies to defend the walls and slaves to extend the channels followed. The first civil society was built on carbohydrates, no doubt about it.

Now, why should we care to know how the flour we consume is produced? Why is it so important to consciously choose the flours we bring to the table?

One day wouldn’t be enough to answer this question, let’s just say that those like us who believe in the sacred and indissoluble bond between food and its territory, certainly cannot be satisfied with a flour produced who knows how and who knows where, from wheat grown with unknown chemicals.

Common wheat (also known as bread or soft wheat) has round, soft, opaque and crumbly grains – hence its name. From its milling you get a flour with very thin granules with medium-low toughness, classified as 00, 0, 1, 2 or whole wheat flour, in order from the most refined to the richest of the original components of the grain.

Durum wheat (also known as pasta or hard wheat)has elongated and tough grains, really hard to break. From its milling you get – from the most to the least refined - semolina, semolato, whole grain and durum wheat flour.

Durum wheat is richer in protein and absorbs more water than the common one, also characterized by a higher glycemic index.

Now that we learned all we need about common wheat, let’s analyze two varieties of ancient wheat, amazing for baking.

The first one is Verna wheat, born from thecrossbreeding between two varieties of wheat owned by Ente Toscano Sementi, the Est Mottin 72 and the Mont Calme 245 wheat, patented in 1953.

As the name suggests, was planted for the first time in the Casentino territory of Mount Verna with the aim of increasing wheat production by enlarging the cultivated territory and moving to high altitudes.

As we noticed when we talked about the uses of Verna wheat dough, it is super resistant to adverse weather conditions, cold and diseases and has optimal yield. About its taste, it is rustic, strong and rich in flavour.

Let’s move on to another very special ancient wheat flour called Sieve. Its origins aren’t clear and we do not know the exact date this exceptional product was created.

Some people say Sieve wheat is a direct descendant of the wheat grown between the Tigris and the Euphrates rivers, practically coming to us in its purest form.

The cultivation would then be at least 30.000 years old andwould belong to a group of homo sapiens located in the area of Bilancino, on the banks of the Sieve.

There’s no doubt that Sieve wheat is one of Tuscany’s undisputed gems and the perfect ingredient for a bread like you’ve never tried before.

Differently from the refined kind, ancient wheat flour is very low in gluten and therefore extremely more digestible. Forget the compact, brick-heavy bread, with this flour you’ll get a flavourful and fragrant loaf with simply exceptional large bubbles. 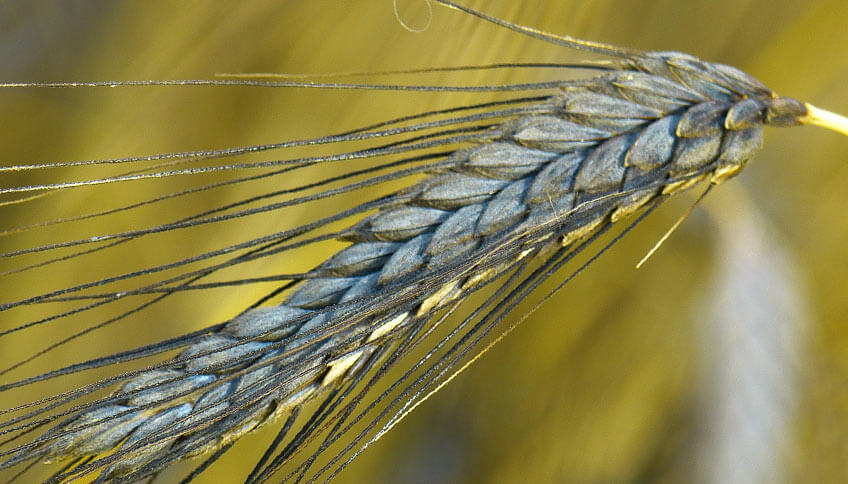 Durum wheat flour Senatore Cappelli was born in 1915 thanks to the work of the geneticist Nazzareno Strampelli.

However, Senator Raffaele Cappelli had the merit of starting the agricultural transformation in Apulia and personally support Strampelli’s project, allowing him to carry out his experiments in the fields of his property near Foggia.

In the end, Nazzareno managed to obtain the Senatore Cappelli wheat, an exceptional variety in terms of strength, seed quantity and nutritional value.

Just imagine that in the 1920’s Mussolini turned it into his main weapon during the “Battle for grain”, the program to make Italy become totally self-sufficient in production.

He didn’t only win the battle, he also appointed Nazzareno as Senator in 1929. Strampelli accepted but, just to be clear, was never part of the regime. His heart stayed loyal to the wheat fields.

Actually, the right question would be why not choose it. History-wise, well, we said it all. Wheat has shaped our civilization and to not protect its best varieties, choosing industrial flour, would go against all of our gastronomic culture.

Territory-wise, what better way to promote its wealth than to celebrate its more traditional goodness?

We could also talk about gluten, caloric intake, glycemic index, but we prefer to talk about what we know best, the taste. Only ancient wheat has the true taste of wheat, a pure fruit of the earth still cultivated and processed like the old days.