From Lombardy, a fresh and creamy cheese perfect for every dish!

Quartirolo Lombardo cheese is as good as it is ancient, a real gem of Lombardy’s dairy production.Fresh, soft and with a slight sour note, this cheese has the unsurpassed gift of versatility. Not having a particularly marked taste, it goes well with almost everything.

PDO Quartirolo Lombardo cheese: the history of a territory

As we’ve already seen talking about Quartirolo cheese's history and production, it is with the birth of the first transhumance routes in the tenth century d. C. that the production of this delicious cheese began.

At the beginning of autumn, the herdsmen take the herds downstream, after a summer spent among the green alpine pastures. It is the cycle of nature that is repeated from year to year and marks the seasonal clock of good milk.

But before returning to their stables, the cows find on their way the last blades of grass, grown after the third summer cut, the so-called “quartirola” grass. It is not green and lush like the grass of the warmer months, but it is a true concentrate of the scents of an entire summer.

It’s this grass that gives a unique and unmistakable taste to the milk, a taste that we find, perfectly intact, in our Quartirolo Lombardo cheese.

So let’s see how to enrich appetizers, first and second courses and – unexpectedly – desserts with this unique cheese, with a soft and milky texture. 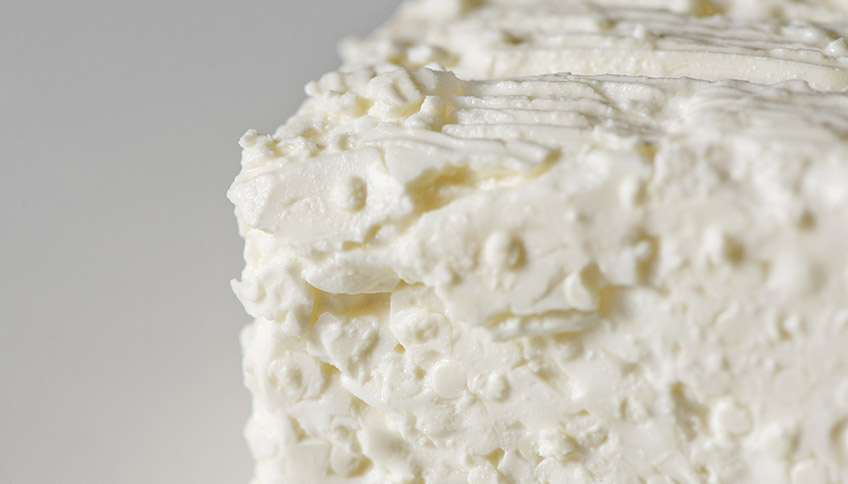 A different, tasty and fun appetizer. It is also very easy to make, besides these cookies can be prepared well in advance or frozen (although I doubt there will be leftovers).

Sift the flour and yeast, add the pieces of Quartirolocheese, rosemary, salt, pepper and oil. Mix everything adding water gradually– put a little at a time, there’s always time to add more – until a homogeneous dough is obtained.

Form a sort of thread and cut it into slices of about ½ cm. If the dough is difficult to process, you can take some dough and roll it to the desired thickness between two sheets of baking paper.

Once the cookies are ready, bake them at 190° in a static oven for 15 minutes, until they are golden. Remember that it’s the thickness that determines the cooking, not the width. If you make them too thin, they will burn quickly.

Let’s stay in Lombardy for this delicate and super yummy first course, with Carnaroli rice obviously. I chose Acquerello rice aged 7 years, simply the best. Look for it in our catalog, it’s really great.

I propose two seasonal versions, radicchio for winter or zucchini from May onwards, to always have tasty seasonal vegetables.

Then cook the classic way, alternating vegetable broth, butter – which must always be kept in the fridge – and Parmigiano cheese. After cooking for 5 minutes, add the diced Quartirolo Lombardo cheese, mix, finish cooking and serve with some generously grated Parmigiano Reggiano.

It has nothing to do with the classic Easter “pasqualina” cake, it’s much more similar to the greek spanakopita, wrapped in a beautiful crunchy phyllo shell.

If you can’t find herbs, chards are fine too, as long as they’re small and soft, chicory, if you prefer a bitter taste, or turnip greens.

On a 30cm pan boil the vegetables (at least 700 gr) in salted water and wring them well. Add 3 eggs, 200 gr of Quartirolo cheese, 30 gr of Parmigiano cheese in a large bowl and mix well. Add the herbs and season with salt.

Let’s move on to phyllo pastry: you will need butter, lots of butter, to make sure the dough remains crunchy and the sheets do not stick together

Put in the oven at 180° for 25 minutes and it’s ready. Let it cool before cutting, the slices will be more precise.

Who said Quartirolo Lombardo cheese can’t be used for dessert? Well, they have surely never tasted this fantastic cheesecake, delicate and fresh!

For the base you can use your favourite cookies, crumbled and combined with melted butter. The proportion is 70 gr of butter per 150 gr of biscuits, but it also depends on the quality of the cookies. If they’re pretty dry you might need some extra butter.

Transfer the mix to a pan for 6 people, compact it with the back of a spoon and put in the fridge for at least half an hour.

In the meantime prepare the custard: combine 300 gr of Quartirolo Lombardo cheese, 100 gr of ricotta cheese and 150 gr of granulated sugar. Whip 200 gr of cream until stiff and add to the mixture, stirring from the bottom upwards.

Pour everything into the mold with the cookies, level the surface and put again in the fridge for at least 6 hours. You can pair the cheesecake with a strawberry coulis, some diced peaches, berries, caramel or chocolate sauce or pistachio grains.

Quartirolo Lombardo cheese is as good as it is easy to use in the kitchen, a true wild card to always have in the fridge to enrich every dish with taste and creativity.

These are just a few simple and tasty ideas, but the list of dishes you can make with Quartirolo cheese is potentially endless. Appetizers, first and second courses and desserts, where will you start?