The region Sardinia is home to the greatest production of Italian Pecorino cheese in Europe. Why is this cheese so widespread? Probably because pastoralism has been practiced in Sardinia for thousands of years.

Nowadays, Sardinian cheeses are exported and much beloved all over the world. Unfortunately, as I mentioned before in this blog, these cheeses are commonly subjected to food frauds. The Pecorino sardo, for instance - which is also an ideal grating cheese - is quite famous in the United States, but, nonetheless, it sometimes can be sold in a jar and called Sardo Cheese. So, we would like to remind our friends, from Italy or abroad, that products with a protected designation of origins, i.e. PDO, must be labelled with specific indications and symbols as a guarantee for customers.

Let’s go back to real Sardinian cheeses: we have particularly appreciated the work of an excellent dairy farm in Sardinia: Argiolas cheese. 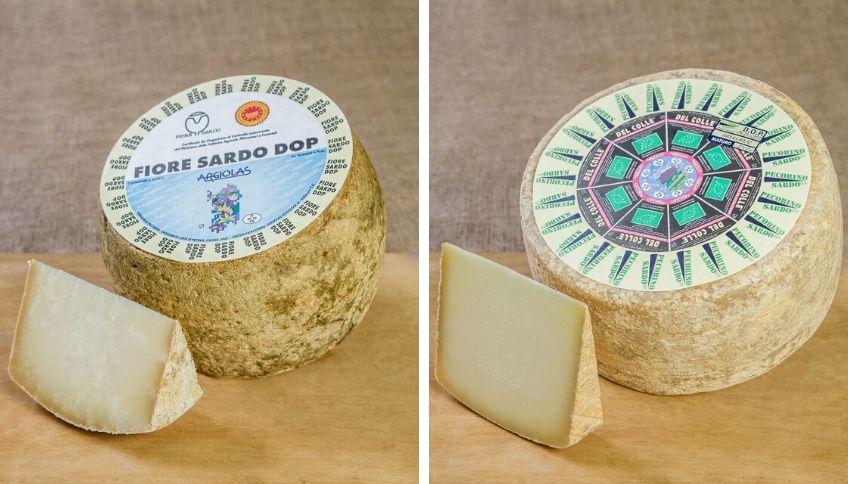 Everything began in the 50s, when the two Argiolas brothers - Ennio and Eligio - started to ripe Pecorino sardo cheese wheels produced by cheese dairies located next to the city of Cagliari. In 1970 there was a shift: the first Argiolas dairy farm was built and the Argiolas brothers started producing their own cheeses.

From that moment onward, Argiolas cheese has always combined the Sardinian cheese-making tradition with the use of advanced technologies to offer high-quality products as well as excellent hygiene standards. For instance, we were impressed by the fact that cheese production and aging is monitored through a central computer system regulating temperature and humidity - two essential factors in cheese production.

Another feature that made us fall in love even more with Argiolas cheese is the fact that they only use sheep’s milk, goat milk and cow’s milk from Sardinia. Moreover, local milk suppliers must ensure that their animals are in good health and properly fed. Argiolas is committed to environmental protection: starting by checking and monitoring the farms supplying milk, the company also uses a cutting-edge solar plant and a sewage treatment plant to clean manufacturing wastewater and reuse it for irrigation.

By employing this approach, Argiolas cheese produces now more than four million kilos of Sardinian cheese, that is around 200,000 cheeses wheels, each one more delicious than the last. What is the Sardinian tradition behind cheese production? And which are the best Italian cheeses from Sardinia that we should not miss? 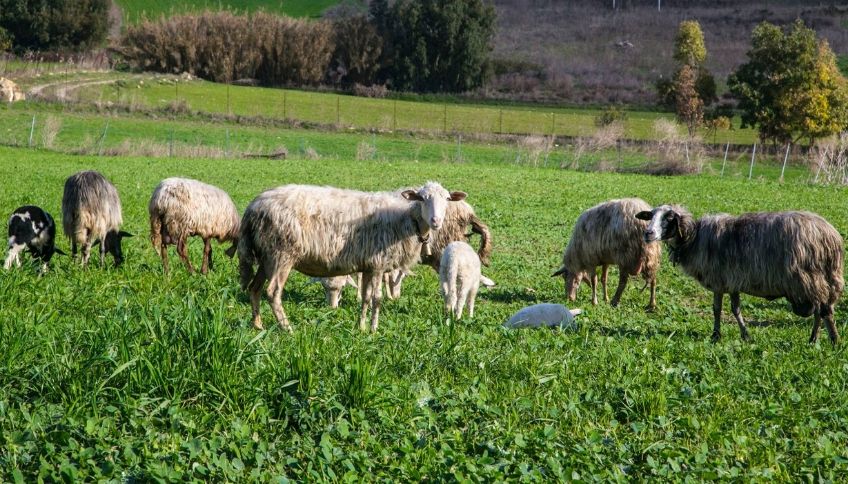 More than a million sheep graze all around Sardinia, so it’s easy to see why this magnificent island has so much milk for cheese-making. And what’s more, these are not your everyday cheeses! The quality of milk is unparalleled, since sheep can graze freely around healthy areas. The milk of grass-fed Sardinian sheep is infused with countless unique scents and flavours.

It is no wonder, then, that among all Pecorino cheeses produced on this territory, three of them have obtained the PDO designation: pecorino sardo, fiore sardo and pecorino romano.

Because sheep are reared on natural pasture, rather than in stables, sheep milk cheeses are high in carotenoids, vitamins, mineral salts, antioxidants and fatty acids. These cheeses - much beloved all around the world - can be used as an ingredient for delicious recipe, or can be enjoyed by themselves, one bite after another. 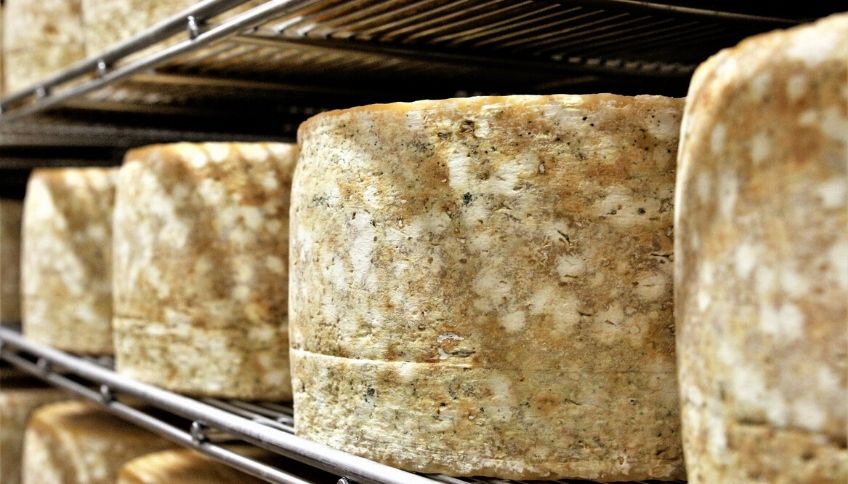 The PDO Pecorino cheese Fiore Sardo is an Italian cheese with a 3,000-year-long tradition. Argiolas cheese makes it by following product specifications to the letter. Product specifications state, among other things, that only Sardinian sheep’s raw milk may be used to make this cheese. As we already mentioned, this dairy has decided to only use locally-sourced and carefully selected milk.

As well as sticking to tradition, this dairy only uses raw materials of the highest quality; this is how the Fiore Sardo cheese is obtained. Fiore Sardo pecorino cheese has a perfect paste: hard but crumbly, with a strong flavour rich in notes of hay, which gets spicier as the ripening progresses. It is ideal as table cheese or as a grating cheese, if it has aged over six months.

Out of the three PDO Italian cheeses from Sardinia, Fiore sardo cheese is the one that has kept most of its original features. Why is it called Fiore Sardo - Sardinian flower? Because, back in the days, shepherds used to brand the cheese wheels with a stamp that looked like an asphodel or pink peony.

Pecorino Sardo cheese obtained the PDO designation of origin in 1991 and it is the Italian cheese which best represents the excellent Sardinian cheese production. That’s probably why the PDO mature Pecorino sardo by Argiolas cheese - which is also organic by the way - has become a true symbol.

It is a very ancient cheese which is now made with pasteurised milk. Although production methods have developed over time, Pecorino sardo cheese is still considered as ‘the cheese of Sardinian people’, which is what I feel about Tuscan pecorino cheese.