The world of Italian cheeses is worth discovering. There are so many Italian cheeses and they’re one more delicious than the next. The cheesemaking tradition in our country is an actual art form and it has led over time to the development of different techniques that are employed to make exceptional cheeses.

First of all, there are actually two ways to make cheese: the right way and the wrong way. But there are also many techniques to make cheese the right way; that’s why there are so many different kinds of cheeses, such as pasta filata cheeses, cheeses with a surface mould, blue cheeses or smoked cheeses. One would need an encyclopaedia to know all the cheese-making processes.

Today we are going to talk about one of the most interesting cheesemaking techniques in Italy: uncooked cheese.

One little clarification is overdue, to avoid confusing heat treatments for the milk with heat treatments for the curd: raw-milk cheeses are made from unpasteurised milk. On the contrary, uncooked cheeses or cheeses with a raw paste are obtained when, upon cutting of the curd, the heating temperature does not exceed 42 °C. We are talking about two different steps in production altogether.

Raw milk represents an added value for the cheese flavour: since the milk does not undergo any heat treatment, all its scents are kept intact. One example is the Alpine cheese which is only made in the summer time, when cows graze freely on Alpine pastures which lend their aroma to the milk and, hence, to the cheese.

There are uncooked cheeses made from raw or pasteurised milk that can either be cow’s, goat’s or mixed milk; uncooked cheeses can age for a short or long time, they can either be high or low in fat, with a soft or a hard paste. That goes to show that apart from being uncooked, these cheeses usually have many more features.

That’s why uncooked cheeses are so different from each other. It’s actually hard to find one feature that all these cheeses have in common. We could say that, since they are not heated at high temperatures during the processing, fat concentrates only by dehydration. So, generally speaking, uncooked cheeses also have a softer consistency, due to their rather high moisture content.

Which are uncooked cheeses?

The issue is that there are so many of them and they are all so delicious that we would need one full day just to mention them all. However, since we are only naming a few, we have to start by mentioning one of the greatest Italian cheeses, PDO Taleggio cheese.

Fat, washed-rind cheese made from raw or pasteurised whole cow’s milk with a soft and creamy paste that is compact with very few eyes - that’s Taleggio cheese. Its flavour is unique and gets more intense as ripening progresses. To sum it up, it is a masterpiece.

Let’s talk about another cheese from Northern Italy, PDO Castelmagno cheese, yet another incredible Italian cheese. It has a semi-hard paste that gets crumblier as ripening progresses; this semi-fat cheese also has an uncooked paste which is, then, pressed.

And what about PDO Gorgonzola cheese? It is the most famous blue cheese with a soft to semi-hard paste, and it can be either fresh or semi-firm. Both the mild and the spicy versions are fat cheeses and are incredibly delicious.

Same thing can be said for the PDO Montasio cheese made from raw milk, with a compact paste that can be hard to semi-hard. It has a thin rind with very few eyes and it can age for longer than 36 months, if one wishes to obtain an intense and deep flavour and an almost crumbly consistency. 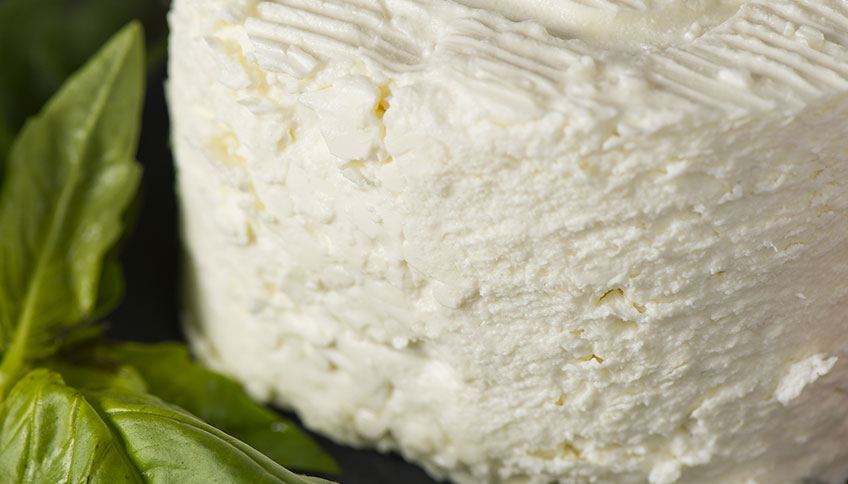 PDO Quartirolo Lombardo cheese is the softest one. It has a soft paste, a short aging period, no rind and a slightly sour note. If you haven’t noticed, these cheeses all come from Northern Italy, but there are many more uncooked cheeses.

One example is PDO Canestrato di Moliterno from Basilicata. It is made from goat’s and sheep’s whole milks and it has a hard paste which, when it ages for a long time, is ideal for grating.

PDO Fiore Sardo is another uncooked cheese and it is the only Italian sheep’s milk cheese to be made from raw milk. It has a crumbly consistency, smoky notes and an intense and long-lasting scent – all in all, a true delicacy.

Uncooked Italian cheeses are particularly delicious products belonging to the Italian cheesemaking tradition. This processing technique creates very different products that have one thing in common, though: they are all excellent.